While fire is often associated with the loss and eradication of animals, the impacts of it can be both positive and negative. For example, fire can injure or kill wildlife and reduce their habitat but can also create/ speed up the process of hollows in trees for habitat and animals to nest in. Fire can also trigger new plant growth providing food for animals, which is a positive. Many species have evolved to require a diversity of habitats in differing stages of regeneration throughout their lifetimes to feed, rest and breed, all within the same area.

In response to fire, animals will often flee to unburnt areas or hide underground to protect themselves. Not all animals have the ability to flee, or move quickly and are therefore more sensitive to fire. Populations can be restored when animals from surrounding areas recolonise a burnt area after fire and vegetation recovery.

The Spotted-tail Quoll, found in some lucky parts of our region, is listed as vulnerable in NSW. Those lucky enough to live in the Lansdowne escarpment area report healthy populations coexisting amongst the farms.

As predominately ground dwelling animals, they will make their homes in small caves, rocky outcrops and fallen hollow logs as well as tree hollows. As such, frequent, high intensity fires can reduce habitat available for quolls for resting and breeding. As a carnivore, the interactions between fire and other fauna species means fire can also influence prey availability for the quoll. However, as with many Australian species, fire plays a critical role in creating key habitat for this species. Part of the habitat that quolls rely on includes hollows and logs, which can be created or sped up by fire. A balance of low intensity and varying frequencies of fire will therefore support quolls and their habitat.

The conservation of the Spotted Quoll is important not just due to their vulnerable status. As Australia’s largest carnivorous mammal, and our complicated relationship with the Dingo, our largest predator, our quoll species have potential to offer some form of meso-predator suppression in our fight against introduced predators, such as cats and foxes. As pesky as they are in our chicken coup, they may be a great line of defence in our fight to save some of the small mammals we love so much! Creating and supporting habitat for the quolls, supports gliders, possums, phascogales and many many more.

If you have got quolls, or any other native species on your property, be sure to keep an eye out for our announcement of the upcoming EcoBurn Edu workshops, which will teach you what veg type you have, and how to manage its fire regime to support biodiversity. 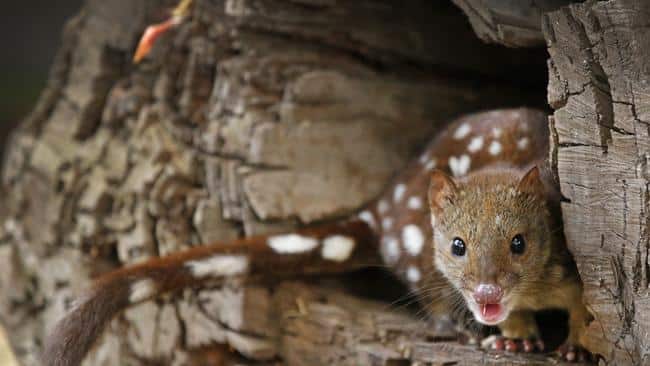 Equiculture coming to the Manning Valley!