“Common Silkpod” Parsonsia straminea (also known as “Monkey rope” because its tough vines look good to swing from) is a vigorous vine widely distributed on the MidCoast. With its big long dark green leaves, delicate creamy coloured flowers, sometimes with a hint of pink, and the fantastic thick lianas of mature plants, it’s a very pretty plant.

It is sometimes mistaken for a weed due to its rampant growth in disturbed regeneration sites. As with other large native vines like Watervine (Cissus), in disturbed sites, it may be necessary to prune it off any small trees that you would like to help establish – there’s no need to kill it, just push the competitive advantage towards the young tree with some thoughtful pruning.

You won’t need to plant Silkpod on your site if there is any growing nearby – its pods do turn to “silk”, producing myriad wind-blown seeds. 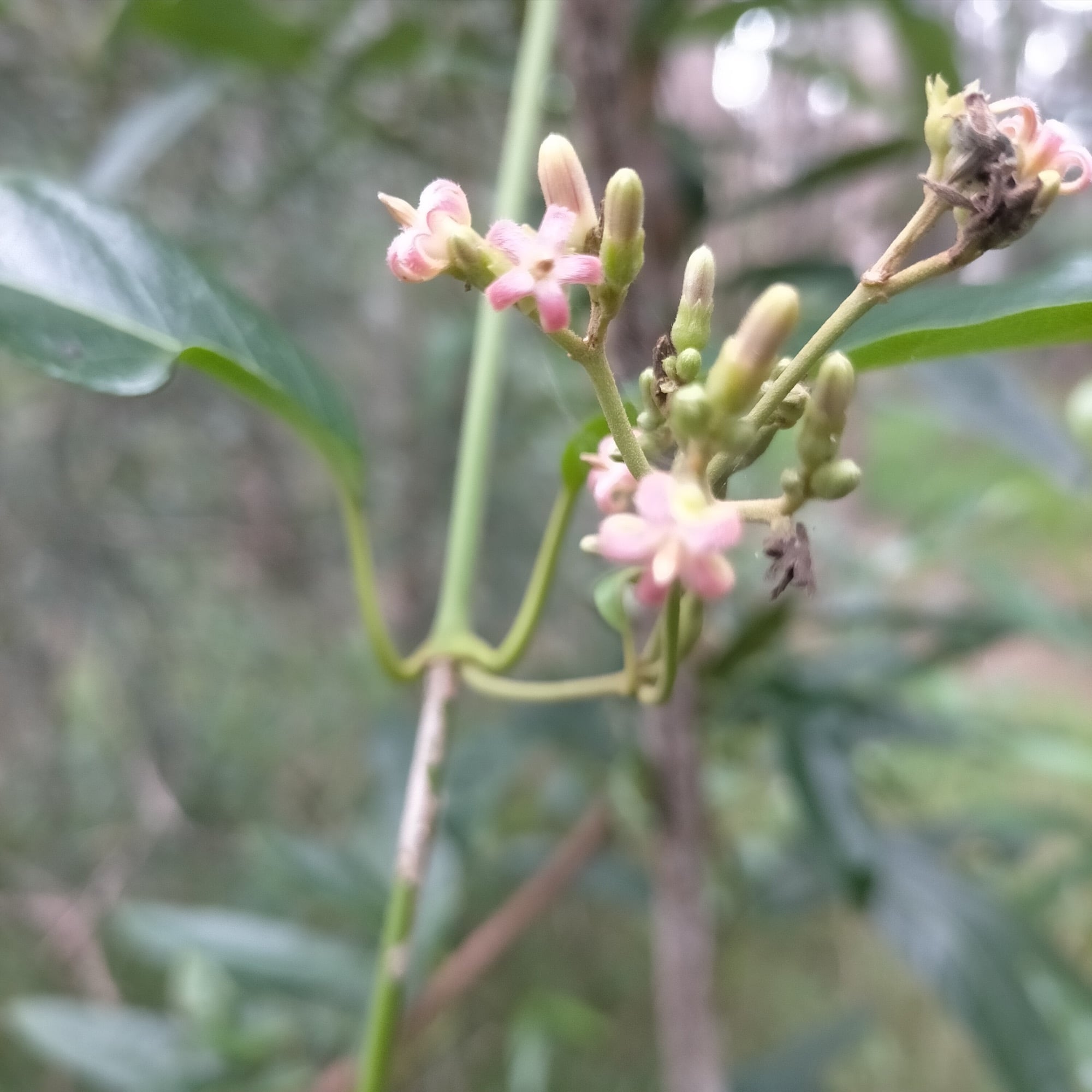 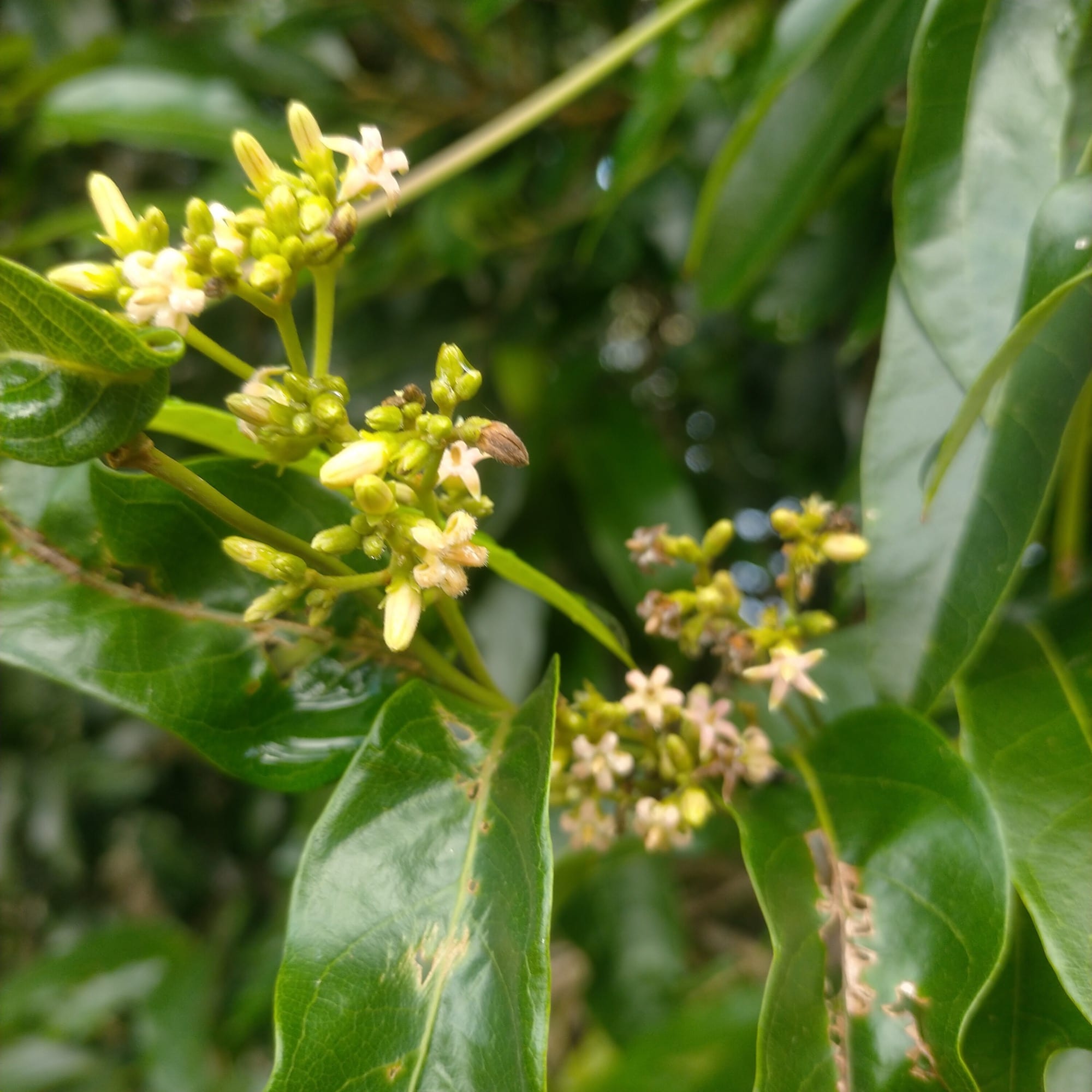